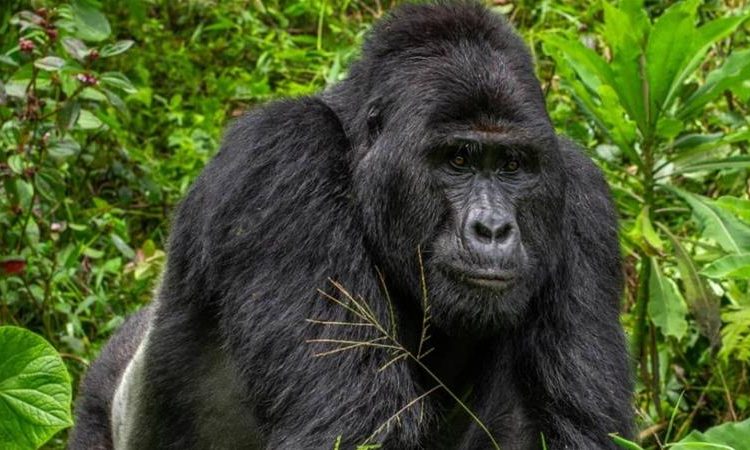 Rafiki the beloved gorilla killed by poachers in Bwindi Impenetrable National Park was the dominant silverback of the famous Nkuringo gorilla family in the southern gorilla sector of Bwindi. On June 1st 2020, Rafiki was reported missing and the Uganda Wildlife Authority mounted a search for him on June 2nd 2020. Rafiki was found dead by the Uganda Wildlife Authority staff in Hakato area inside Bwindi Impenetrable National Park. They proceeded to conduct a post-mortem which revealed that the silverback sustained an injury by a sharp device/object that penetrated its left upper part of the abdomen up to the internal organs.

The Uganda Wildlife Authority conducted a search of the possible perpetrators of the killing of Rafiki. Consequently, four men were arrested on June 7th 2020 after a one Byamukama Felix a resident of Murole Village in Kisoro district was found with bush pig meat and several hunting devices that included spears, rope snares, wires snares, and a dog hunting bell in his home on June 4th. Byamukama confessed to killing Rafiki in self-defense when he did encounter the gorilla group with a one Bampabenda Evarist when hunting in the park, which is an illegal activity. He speared the gorilla when it charged at them, a wound that lead to its death. He proceeded to reveal that he shared the bush pig meat with Museveni Valence and Mubangizi Yonasi whom he said were fellow poachers. These four poachers are currently in Kisoro Police station awaiting trial in the courts of law and are looking at serving a life sentence or paying a fine of $5.4milion should they be found guilty of killing an endangered species.

In 2018, mountain gorillas were removed from the list of critically endangered species by the International Union for Conservation of Nature after intensive conservation efforts by the respective government wildlife bodies and gorilla conservation bodies that included anti-poaching patrols paid off. The killing of Rafiki after so much sensitization of the public and locals in the communities surrounding protected areas about the benefits of gorilla tourism and tourism in general is a great blow.

encompasses Virunga National Park of the Democratic Republic of the Congo, Volcanoes National Park of Rwanda and Mgahinga Gorilla National Park of Uganda. There are about 1063 mountain gorillas still left in the entire world. With threats like poaching, encroachment on protected areas, civil unrests, diseases and more, gorillas are sure to be listed as critically endangered very soon or even be extinct in the nearby future.